When it comes to buying and selling homes, most people go for one or the other first. And this means that they’ll either prepare themselves to take on two mortgages or move twice. After all, it does come with the peace of mind that you don’t have to stress about the timing. But for those who don’t want the challenges that come with increased payments and exerted effort in moving, it’s possible to attempt to do them at the same time. If this is what you’re thinking, then remember these pointers.

One of the challenges of buying a house at the same time you’re selling your current one is how you’ll go and pay for it. You still won’t have the money from the one on sale, so you may find yourself on as tight a budget as when you’re purchasing for the first time. It always helps to have your mortgage pre-approved before you go for your new home. Look for the lenders with the best mortgage loan rates.

Get Your Home Ready Early

Once you’re decided on selling your house, you should already be making it ready for such. Waiting until someone’s interested before you do anything will throw off your timing, so it’s best to get it out of the way as soon as possible. Make the necessary inspections, repairs, and renovations before you even put your property up for sale. You also should take the time to stage your home for viewing, no matter if it’s through a physical or a virtual tour.

Always Have a Backup Plan

A plan is essential for pulling this feat off in general, but it’s best to have a backup one ready. You should always keep in mind that there is a chance that something unexpected will happen, and it could throw your timing off. Make sure you’re still prepared for the possibility that you’ll have two houses in your hands, or you won’t have anywhere to live in while you’re still in the process of buying your new home.

Try Having Only One Agent 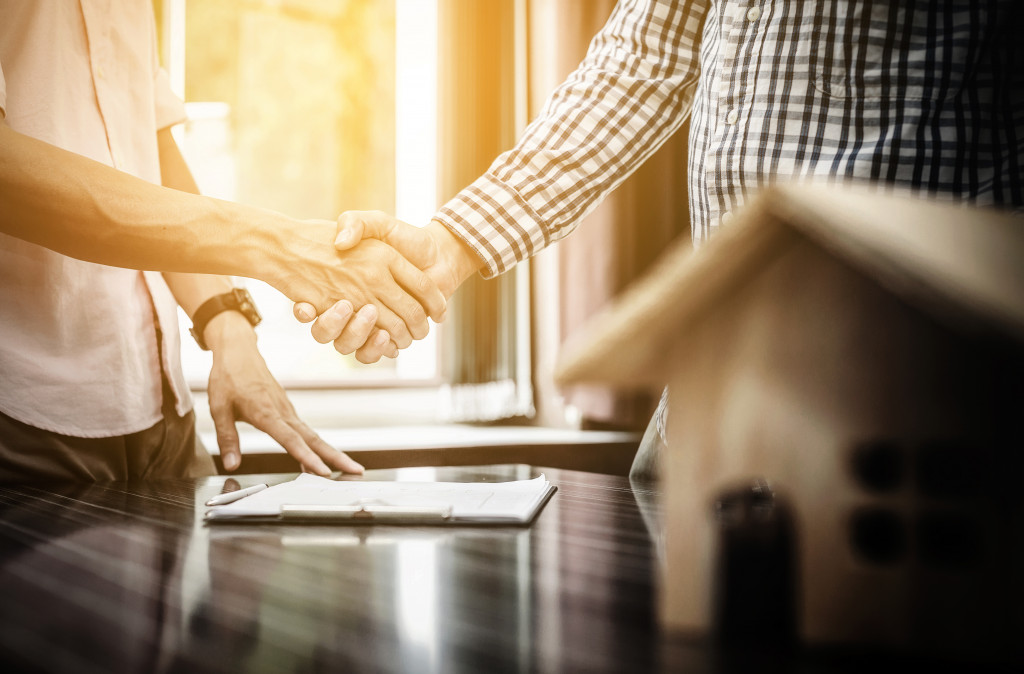 It’s already a challenge to handle one transaction, so you know what to expect from juggling two at a time. If you’re moving to another house in the same idea, then you may want to have only one agent handling both. That way, the two can be better coordinated, giving you a higher chance of actually closing both on time. It can still be somewhat done if you’re going to a different area, and this is by getting two from the same agency, or at least have a history of working with each other.

Attempting to sell your house and buy a new one at the same time can be difficult, but it’s not impossible. Planning, coordination, as well as great negotiation skills, are essential for anyone who wants to accomplish it. If you’re successful, you can avoid the additional costs in money and time, and enjoy life in your new house sooner.